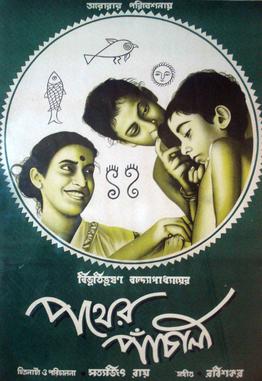 
At first go, all you may see is the plight of Indian Artist. But the movie has so many day to day emotions of 1955 interwoven into a seamless array. It brings alive that era where survival was difficult and how kids were raised back then. The bonding between durga(sister) and Apu, how run in farms can be so much more satisfying.
Movie is filled with brillient deceptions of simple daily chores, like  acceptance of death, of coming of letter after months, watering a tulsi, mischief with pets, getting drenched in rain, eating under a single lamp, absence of fans, fight for food, blankets, running for train, crowding around durga festival for prasad.

We probably live in times where we have everything which movie laments about, but the touch of the soil, and simple joys and cries that the movie has to offer is forgotten.

A musical ode to the world, from a piece of dust from India

The poet laments that Yasodha has beat Krishna (Jagadodharana). His intense feelings about the Lord getting beaten comes﻿ out in the song.

Singer
Jayashree Bombay
(Got Oscar Nomination for Life of a pi, Lulluby)


Old Traditional Welcome Song(Start after 45seconds . . . you would love it)


Fierce but Deeply artistic potray, lovable dance by chitra and trisha . .
Long ago, a great drought befell a village. A dancer from a traditional family came forth to dance in the Shiva temple for many days and nights. Her dedication to Lord Shiva and the village earn her the respect of Lord Shiva and Goddes Parvati. They bless the village with rains ending the drought. The dancer's dying wish was that a girl from her family must dance on pournami (full moon night) every 12 years in front of Lord Shiva temple.This brings us to present day - another 12th year when the dance will take place.

For an Indian women Yashoda(mother of Krishna) and Krishna have been deep source of admiration. She was not his real mother, but she loved him just like real mother. Preparing Makhan(indian varient of butter), and devotedly playing her part. 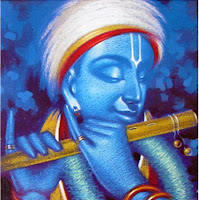 About
A musical spectacle by combination of veena, flute and santoor . . . :)

More Piya
Film : Devdas( Asia's best film award)
Singer : Shreya Ghoshal
Indian culture had mastered to make every aspect of life, a way to harmoniously lead to a larger possibility. Never over-emphesizing, nor under-emphesizing. One of that aspect is love of radha and krishna. Let me go ahead and share with you an instance from their life. . .

Radha, the greatest of the gopis, had that kind of love for Krishna, who felt free, therefore, to demonstrate his selfless, divine love for her, though in reality he gave that love equally to all. There came a time, however, when the other gopis grew jealous of Radha, and Krishna decided to teach them a lesson. 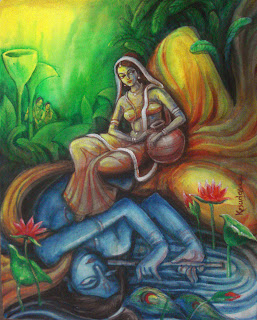 One day when Radha happened to be absent, Krishna suddenly, with a groan, cried, “Oh! Oh! I have a terrible headache! Please, won’t someone do something for me?” “What, Lord, can we do?” the gopis cried in desperation. “We’ll do anything!”
He replied, “If only one of you will press her feet on my head, my headache will go away.” The gopis gasped in horror. In India, it is sacrilegious to place one’s feet on the head of the guru. In deep consternation the gopis looked away.

After some time had passed, Radha appeared and learned of Krishna’s distress. She anxiously asked what she could do to help, and Krishna cried, “Please, just press your feet on my head! Nothing else will help me.”
“But of course, Lord. Instantly!” replied Radha.
“No! No! You mustn’t!’ cried the other gopis. “If you do, you will go to hell!” 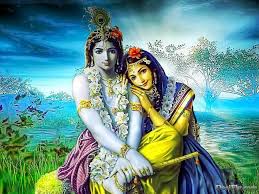 Radha scoffed. “Why, if pressing my feet on our Lord’s head will give him one moment of relief, I will gladly go to hell for eternity!” She was about to do as he had asked, when Krishna sat up smiling. His headache was gone. And then the other gopis understood. They had been concentrating on their own safety, not on Krishna’s well-being. Now they all bowed before Radha’s greater, because selfless, love. 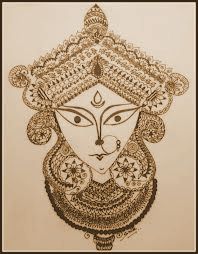 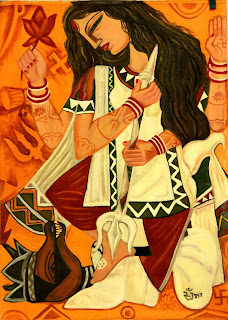 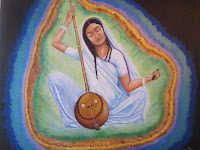 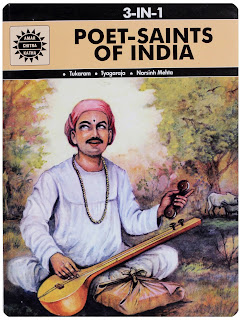 
Kashi - Northern Part of India
Many people felt over years, that this city is just faith, belief etc, but recent evolved understanding tells a saga nonpareil


MS Subbulakshmi - Sounds of the Legends
Karnatic Music in India

Mother Teresa- Embracing everyone from heart 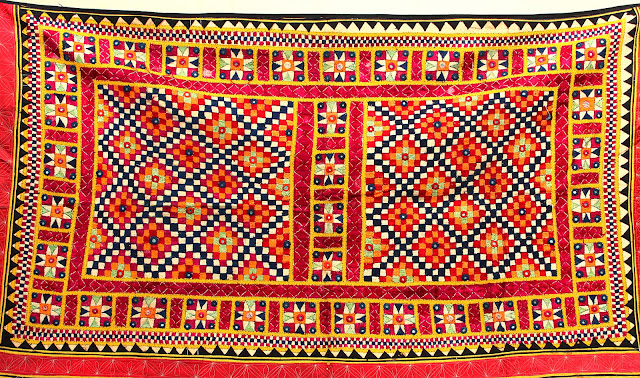 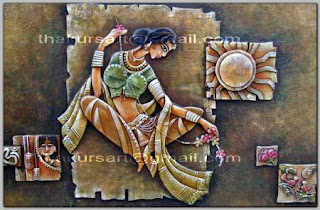 
Sufi's and Saint's who spoke about India in Present Era

Contribution of India to Mathematics

No throwing off of burdensome ideas, doing stuff just as workshops, allowing certain amount of chaos and bringing about certain state of equanimity to bring about innovation. A very interesting and worthwhile Idea. . .

Mahatma Gandhi's Message in his own voice


Eternal laws of Life(Must know for every human being)


~One World~
Name me a person who has no evil or no good,
We are all made with the same strings, colored by different shades of grey,
So why fight, why not learn to live,
despite harsh actions in times of crisis,
not fooling ourselves of bieng coward,
but have courage,
greater courage of loving despite all odds,
to love, despite taking actions against some nation or person as a need of time as practical need,
to embrace everything into,
a beautiful harmony,
and melt away,
moving back to the source of creation,
liberating ourselves from world of differences,
bursting into song of every song, heart of every heart,
mind of every mind, root of every root,
bursting into boundlessness by search within,
not the lilts of the surface,
of temporary infatuations,
but just like titanic,
on the little ship of the world
closing the eye,and opening up to ocean of eternity :)